SDG’s that are significant to our business

Ensure healthy lives and promote well-being for all at all ages.

We’ve supported the local community in Mauritius during Covid-19 by providing protective gear, sanitizers and food packs for those in need during confinement and will continue to do so. 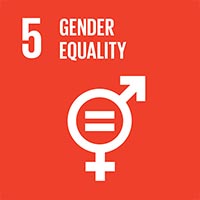 To achieve gender equality and empower all women and girls.

We ensure that all genders are valued in the workplace and given equal opportunities at every level of the business.

Reduce inequality within and among countries.

Grit employs 76% of local talents across its offices in Africa. We design customized career paths, where our talents are uplifted to an international level and networking.

We have procedures in place for the daily running of the business aiming to reduce consumption of energy, water, single-use plastic and recycling.

Grit has implemented a Sustainability Committee which has been branded EcoGrit. The objective of the EcoGrit Committee is to strategize, implement and follow up on our various actions to achieve our Responsible Consumption goals. The Committee consists of 10 staff members from all business levels and various departments and meetings are held every quarter.

We are committed in our journey towards responsible consumption in our overall portfolio and strive at attaining better results each year.

The EcoGrit Committee has implemented a recycling initiative whereby all plastic, cardboard, metal and glass are carefully separated from organic waste, cleaned and delivered to a trusted local partner for recycling. On average over 35% of our total waste gets recycled on a weekly basis.

The EcoGrit Committee has banned the use of water fountains in the office and has instead installed water filters.

Grit also provides aluminum bottles to new staff in a view to eliminate the need for plastic water bottles during workdays.

Grit has now completely eliminated the use of plastic bottles and cups.

Grit has strict rules to source most office collaterals from local suppliers only, in a view to avoid any air freight.

Reframing the way we do business

Grit staff always make a conscious effort to turn off lights, air conditioning and general equipment when not in use.

Grit also makes sure that all equipment purchased and replacing old ones are energy saving and automatically go on ‘sleep mode’ when not being used. Examples of these devices are coffee machines, laptops and printers.

We continue in our commitment to printing less and to reduce our consumption of paper in the business. The EcoGrit committee has implemented paper-saving printing devices at the head office in Mauritius and this initiative helps to reduce an average of 65% of paper usage.

The Committee has also banned the use of disposable paper cups for water and coffee drinks. Instead, re-usable bamboo cups have been distributed to every employee at the head office thereby eliminating the need for single-use paper cups.

Mauritius has been battling with stray dogs and cats roaming its streets for years now. While the government has attempted to educate the wider population on the importance of sterilization through billboard and press campaigns, the situation remains critical.

All Life Matters Animal Sanctuary (ALM) is dedicated to sterilizing abandoned dogs and cats and finding them a home. On a yearly basis, ALM will sterilize over 4000 and rehome over 100 stray dogs and cats. In addition to this, ALM also rescues former racehorses from being euthanized. Having former racing legends put to pasture at the sanctuary is a big drawcard and a welcome opportunity to teach children that animals are more than mere commodities.

ALM also has a veterinary clinic open 7 days a week offering free consultation and sterilization of pets to the Mauritian population. On an average year they will care for over 200 critically wounded and starved animals and will nurse them back to health, find them a home or provide a place at the ALM farm. The ALM farm currently hosts 132 animals which includes dogs, cats, horses, pigs, monkeys, goats, rabbits and a cow named Daisy.

Grit proudly supports ALM in kind and in monetary terms each year and will continue to do so in a view to reduce the amount of stray dogs and cats on the roads of Mauritius and to educate the Mauritian population on the importance of sterilization and fair treatment of animals.