Bronwyn Knight, formerly Corbett, has been leading the group since April 2015, when it was a relatively small real-estate player listed on the AltX of the JSE and on the Stock Exchange of Mauritius (SEM).

“She co-founded the company in 2014 with investments initially in Morocco and Mozambique. Delta Africa, as it was initially known, then became Mara Delta. In July 2017, it changed its name to Grit.”

Since then, it has grown into an $800 million (around R12 billion) property counter, invested in eight African countries outside South Africa.

Grit listed on the London Stock Exchange in July 2018 to access international investors. This big move eventually saw a delisting from the JSE in July last year.

Knight has played a critical role in the growth of Grit and taking it to international investors. In fact, she spoke to Moneyweb for this podcast while on a business trip in Dubai.

Highlights of this special Women’s Month episode of The Property Pod, in which Knight shares her story, appear below.

You can also listen to the full podcast above or download it from iono, Spotify or Apple Podcasts.

“Africa, as we know, is [an] emerging market … I personally was extremely excited about looking at what we’ve done in South Africa from a commercial real-estate perspective and from a capital markets perspective, and understanding how to take that into the balance of the African continent.”

“The investment strategy of Grit stands as true today as it was seven years ago. We want to invest multi-geography outside of South Africa and multi-asset class. We want to provide real estate solutions to global tenants that have to be in Africa for their own growth stories.”

“When I started this business seven years ago, we [had] a property portfolio of a $100 million. Today we sit with over $800 million invested in eight African countries outside South Africa.”

“Our predominant asset classes focus on commercial real estate, light industrial, office, corporate accommodation to the embassies, hospitality to some very large conglomerates, and retail. And today our major investment sits in Morocco, it sits in Ghana, it sits in Mauritius itself, and East Africa into Kenya.”

“About 75% of our revenue is from 15 tenants. They’re all multinational or global tenants. They have to be an Africa, they’re sticking to Africa, which means that whatever happens from an emerging market perspective, these tenants remain strong in these countries.

“That is our investment strategy – to be real estate partners to these global guys in Africa today.”

“I now live on an island – I’m based in Mauritius. I’ve spent five years [here]. I’ve moved the entire business out of South Africa. We spend a lot of time in Mauritius itself. So, 25% of the portfolio is invested in Mauritius, which is predominantly hospitality – being Beachcomber and Lux.”

“In March last year from a Covid perspective Mauritius closed its borders, which as you can imagine was quite dismal and quite a shock to a region like Mauritius, which relies heavily on tourism as part of its economic development.”

“One, it was a shock to the economy. Secondly, we had to give cash flow holidays. We never had to discount rental. And on the basis that because these groups are so substantially Mauritius, both groups were recipients of very large government funding.

“The central bank in Mauritius put $2 billion aside for the hospitality sector. That assisted with them paying our rental. So while we own hospitality, we own the bricks and mortar, the actual tenants take the operational risk.”

“But at the end of the day you still have to work with your partners. And there’s still a realism that there are actually no tourists on the island. So while we had to give them some form of cash flow support, at the end of the day – actually to date – both groups have substantially caught up all their historic rentals.”

“Mauritius only opens its borders effectively from October 1. So it just gives you the idea of how much pressure is on a lot of countries like Mauritius itself.”

“I’m used to pioneering many firsts. Just to give you a contextualised version of what those firsts are, if you look at even the South African Reit Association or companies that are listed in South Africa, the number of female executives, CEOs especially, are few and far between …”

“For myself, I often get asked, because I deal in Africa, about the perception around real estate and Africa being very male-dominated. I remember when we first put Grit together, one of our big pension-fund investors looked at me and said: ‘Bronwyn, how do you think you’re going to go into Nigeria and drink beer with the Nigerian men? Do you think you’re able to do that, to do deals?’

“I thought isn’t that so typical. We’re still good friends today, but it’s so typical of understanding where women are placed, and [the need] to place them in sort of businesses of our nature. I’m a chartered accountant and I did not have the benefit of my parents affording to send me to university, so I started articles straight out of school in Pietermaritzburg. I worked and I studied for my degree at the same time.”

“I believe that this has given me a work ethic.

“I always say ‘I might not outsmart you, but I’m going to outwork you’ … To pioneer a business in Africa takes extremely hard work and dedication when you are shattering all these glass ceilings along the way.”

“I’ve been asked by many people about being in Africa, in property, in real estate, in the UK now, being the only woman at the table. I believe that brings strength.”

“At Grit, we boast a number of board female members – half my team. I’ve got over 130 people who work for me now and half my team are women. I always state the fact of the matter is that it actually brings an edge to a business. 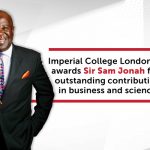 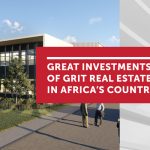