Last July a sizeable new fund joined the London-listed investment companies sector, Grit Real Estate Income (GR1T). This website reported the listing but I haven’t seen much written about it since, so I thought I’d take another look as it’s an interesting fund and yet another example of the sector expanding into new and unexpected directions.

GR1T is a £332 million commercial property company investing in Africa outside South Africa, which has a large real estate sector.

Africa is not well covered by investment companies and those funds that have focused on the continent have not covered themselves in glory. The £45 million Africa Opportunity Fund (AOF) has had some issues, Zimbabwe-focused Masawara de-listed last year, as did Tiso Blackstar, and PME Africa is tiny.

That does not mean that we should write off this vast land mass, however. The frontier markets funds have plenty of exposure, encouraged by Africa’s enormous potential. GR1T is of a different scale and, hopefully, quality to the funds that have gone before it.

GR1T is targeting a yield of 8.25% and total returns of 12% a year, both in US dollars. At the end of December 2018, it held 25 assets spread across seven countries – Mozambique, Mauritius, Morocco, Zambia, Ghana, Kenya and Botswana. It is also diversified by type of property, with significant allocations to retail, offices, hospitality and corporate accommodation.

The focus is on high quality property and blue-chip multinational tenants, which represent 93% of income. The majority of its assets attract income in US dollars or Euros but GR1T does have some exposure to local currencies, some of which is hedged.

GR1T began to build its portfolio in July 2014. It listed on the Mauritian stock exchange in 2015 and, by the end of June 2018, it had a portfolio worth $642 million. Last July it raised an additional $132 million from UK-based investors and listed on the main market of the LSE. UK-based investors now account for about 15% of the share register but I think GR1T would like that figure to grow. The purpose of the London-listing was to diversify its shareholder base and support its future growth.

GR1T used the proceeds of the London listing to fund the purchase of four assets – two office buildings in Accra, Ghana; 18,400sqm of corporate accommodation in Maputo, Mozambique; and the rest of a shopping centre, Mukuba Mall in Kitwe, Zambia, that it didn’t already own. It also reduced its gearing and is targeting a loan-to-value ratio of 40% by June.

That is way higher than any fund investing in UK or European property but, for the most part, the yields that GR1T is getting on its properties justify the use of this gearing. These range up to 13.7% for a light industrial unit in Mozambique (one of GR1T’s smallest assets, by value) and are clustered in the 7.25%-8.5% range.

Within the portfolio, the main area of weakness currently is in retail. The level of vacancy is higher in this sector, running at 7.9% at the end of 2018. A chunk of that relates to a redevelopment of the company’s Anfa Shopping Centre in Morocco, which is due to complete during the next three months. This has affected the valuation of this asset but the company says that it sees ‘significant upside potential’ once the refurbishment is complete. The end December report includes a reference to a new letting by Marks & Spencer at the centre.

GR1T’s share price has drifted off since last July but has recently restored a modest premium of 2.6% over net asset value. This may not be a widows and orphans stock, but I can see it attracting enough attention to raise more money in London, markets permitting.

James Carthew is a director at Marten & Co. The views expressed in this article are his and do not constitute investment advice.
https://citywire.co.uk/investment-trust-insider/news/james-carthew-8-yielding-grit-builds-on-london-listing/a1219147 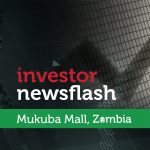 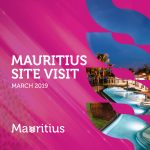