As big supporters of Ol Pejeta, we recently received an update on Sudan, who is the last male northern white rhino on the planet.

Read the update below.

As supporters of the northern white rhinos since they arrived on Ol Pejeta in 2009, we felt it important to inform you that Sudan, the last male northern white rhino on the planet, is starting to show signs of ailing. At the advanced age of 45, his health has begun deteriorating, and his future is not looking bright.

At the end of the 2017, Sudan developed an uncomfortable age related infection on his back right leg. It was immediately assessed by a team of vets from around the world, and responded well to treatment, healing quickly. He resumed normal movement and foraging habits over January up to mid-February, with his demeanour and general activity improving significantly.

Recently, a secondary and much deeper infection was discovered beneath the initial one. This has been treated, but worryingly, the infection is taking longer to recover, despite the best efforts of his team of vets who are giving him 24 hour care, with everything possible being done to help him regain his health.

We are very concerned about him – he’s extremely old for a rhino and we do not want him to suffer unnecessarily.

We will keep you updated on all developments. Please keep him in your thoughts. 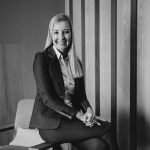 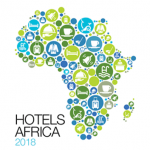